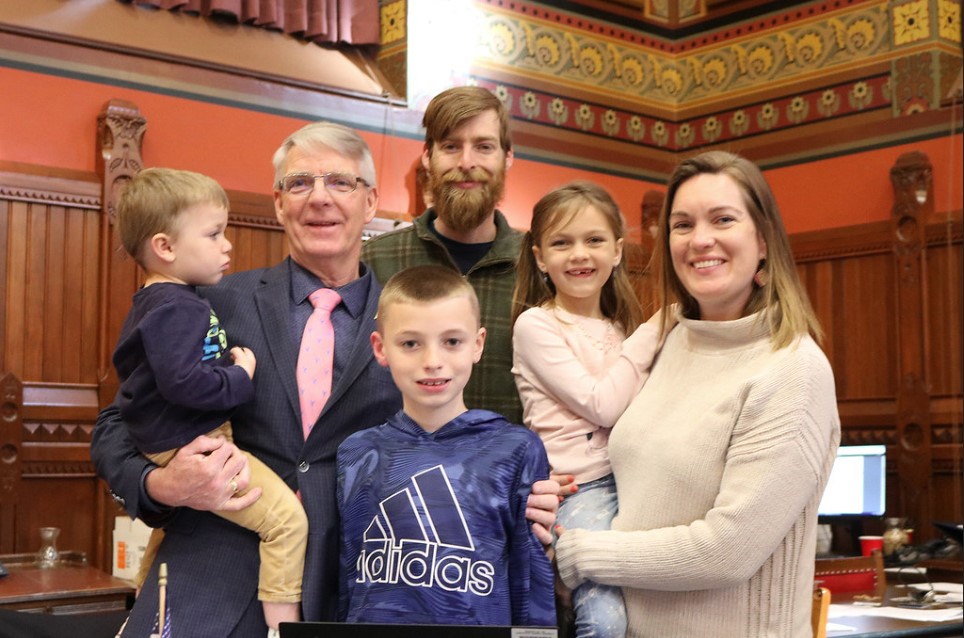 State Rep. Tim Ackert proudly represents the 8th General Assembly District, which encompasses Columbia, Coventry, Vernon and part of Tolland. He was re-elected to serve a sixth term in November 2020.

Rep. Ackert is a small business owner and an Air Force Veteran. He has a long history of service to his community, participating on the Board of Trustees for Connecticut Community Colleges, as Vice-Chairman of the Police Building Committee, as an American Legion Officer, and as President of the Connecticut Jaycees.

Throughout his tenure, Rep. Ackert has been repeatedly recognized by numerous organizations for his work on behalf of his constituents. Ackert received the Children’s Champion Award from the Connecticut Early Childhood Alliance in 2016, 2015, and 2014. The American Association of Retired Personas (AARP) honored Rep. Ackert for his commitment to protecting energy consumers with the 2015 Legislative Achievement Award. He was also presented with the 2015 Advocate for Youth Award from the Connecticut Youth Services Association. Ackert was most recently named Connecticut Associated Builders and Contractors Association’s 2021 Legislator of the Year for his advocacy on workforce development issues.

He has resided in Coventry since 1987.

Paid for by Ackert for the 8th, Pamela Z. SawyerTreasurer, Approved by Timothy J. Ackert Copyright ©2016